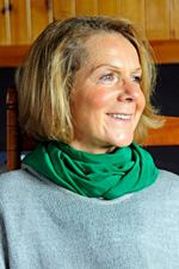 Originally from Paris, Stéphane  has been living in Orkney since 1980, where she ran a handmade Knitwear business for 20 years. Following her children leaving home, she decided to pursue a lifelong interest in natural healing. Beyond the complementary therapies she practices, she has a keen interest in Nutrition and organic food, as she believes there is a direct link between our health and our diet. She has a good knowledge of the Traditional Chinese Medicine 5-Elements Theory which she uses as a tool to perceive her clients. Stéphane realizes the importance of Continual Professional Development and ensures she keeps up to date by completing courses, reading relevant material and updating her knowledge on a regular basis.

As Stéphane has advanced her skills and experience, she has developed a real interest in the relationship between the physical, mental and emotional aspects of our Being and become fascinated by the language of the feet.  This has led to her specializing in Reflexology and Reiki.

She is a member of the British Reflexology Association and her reflexology practice is registered with the Complementary & Natural Healthcare Council (CNHC).

Stéphane works hard to enhance her skills, taking frequent courses to advance her knowledge.  To date she has completed:

Stéphane was attuned to the three degrees of the Reiki Usui System of Natural Healing: